We do not trade candles. We trade the market makers cycle from peak to peak. As a recap, the following is a brief summary about entries and trades to take, which we discussed in earlier chapters: 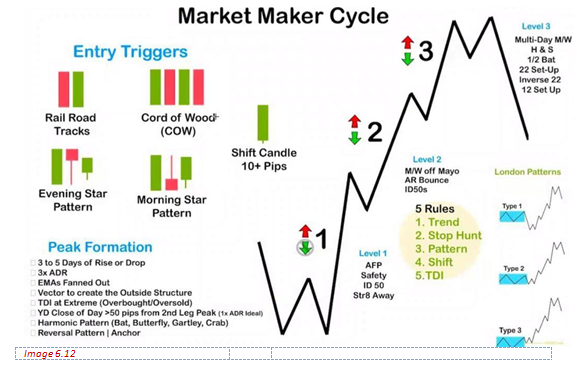 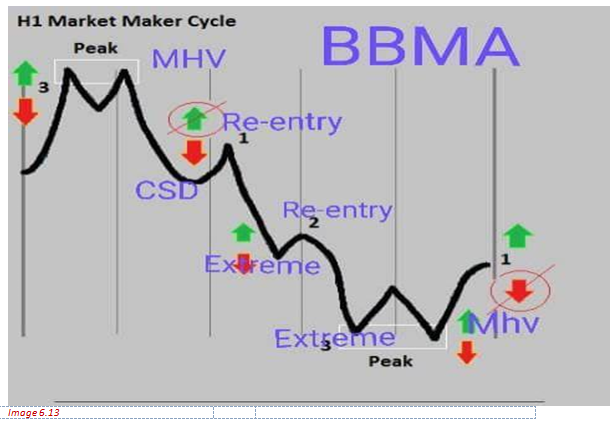 There are several ways to enter a pair and these are facilitated by a number of methods, which include the following:

You are all familiar with the Traders Dynamic index. But then how do we use it to identify entries. Here is how: 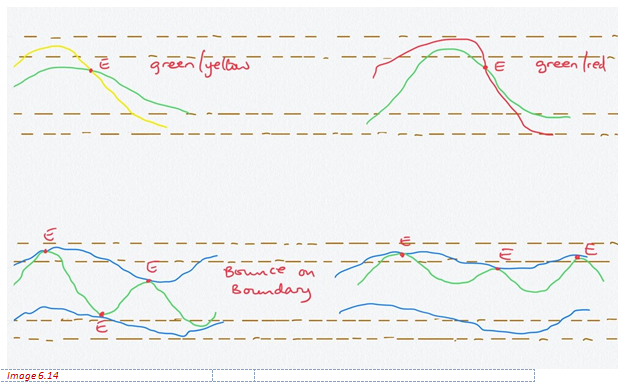 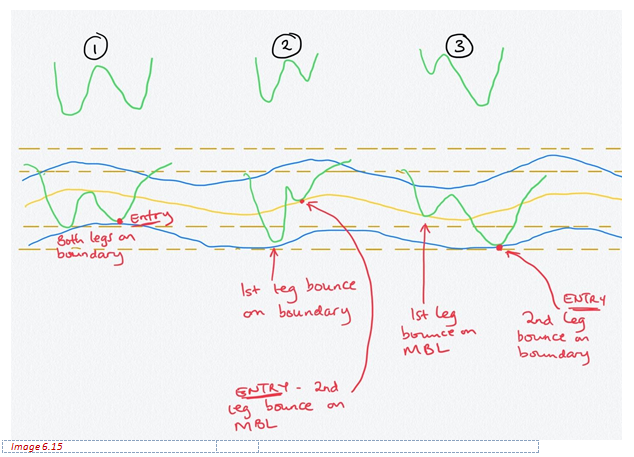 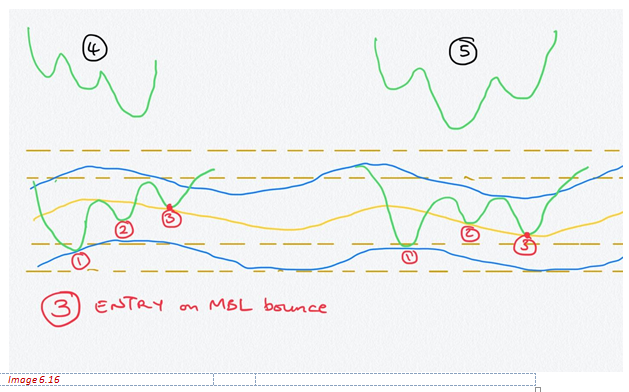 W or M type one has equal legs on candles, so your TDI will appear with equal legs bouncing on “boundary” of Your entry is at the appearance of the second leg bounce on TDI boundaryOK, the drawing may not be that perfect to represent the actual lines on the TDI so here is an explanation for images 6.15 and image 6.16 above:

Here are examples from the charts. 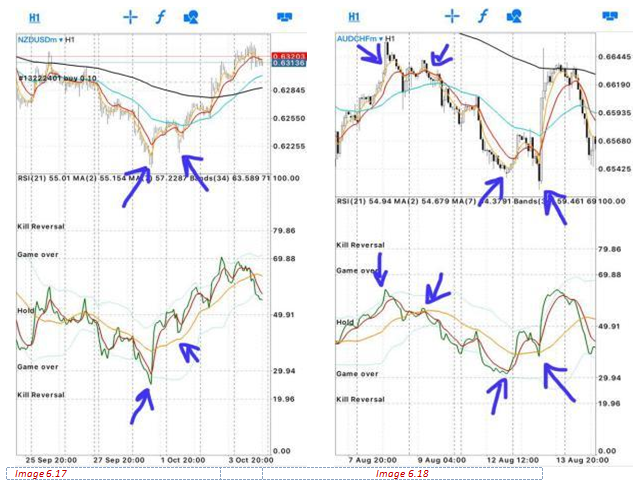 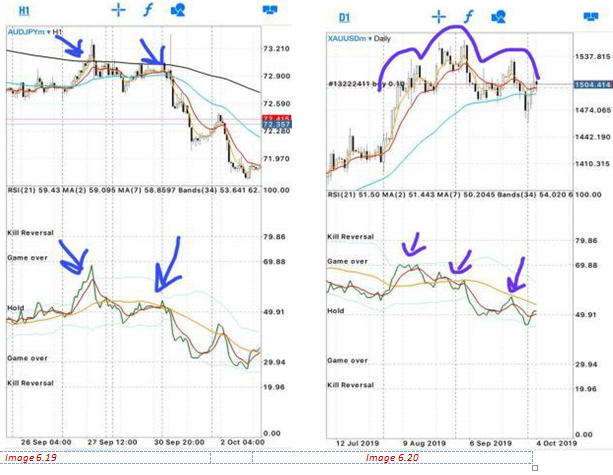 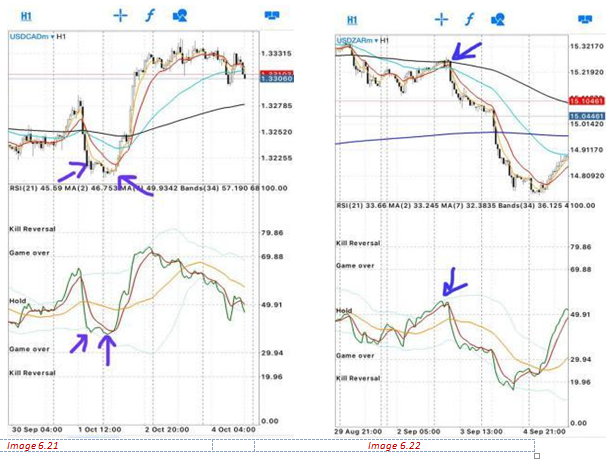 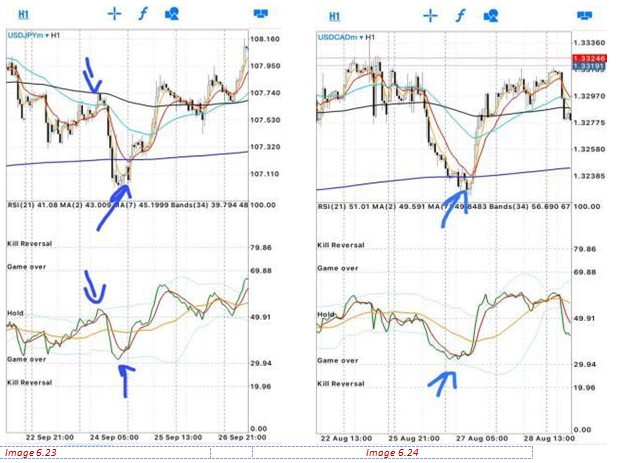 These are TDI entries. Take note that these mostly apply to Peaks though they can be used even on intraday. Remember that most of our entries are on intraday, so if we want to enter on a M15 then this is a key figure?????? 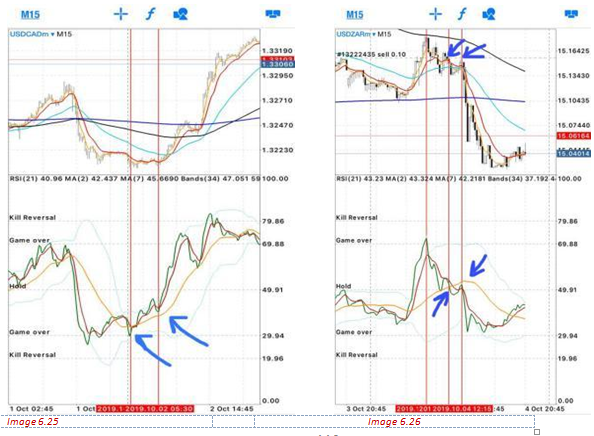 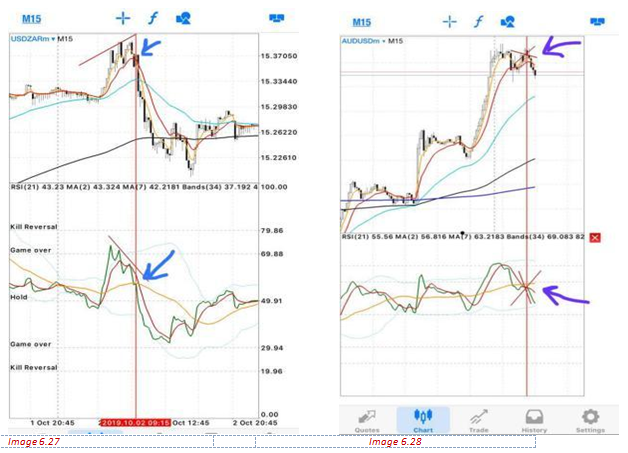 Always enter when PL crosses MBL Line or pullback to bounce on MBL. It will look like the TDI has moved but the candles are still in one place 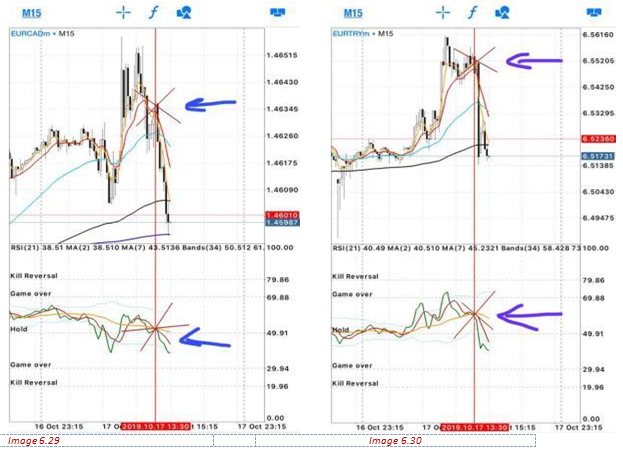 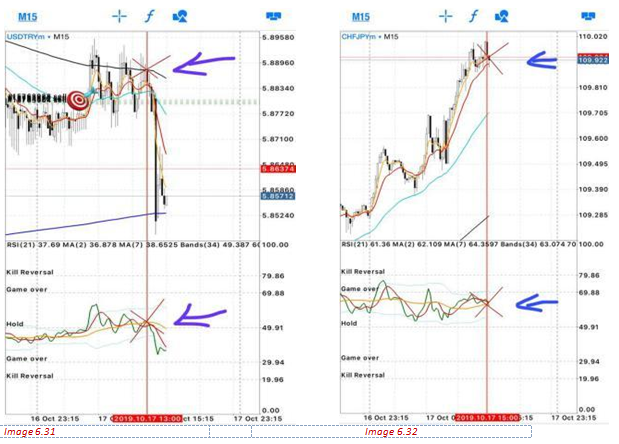 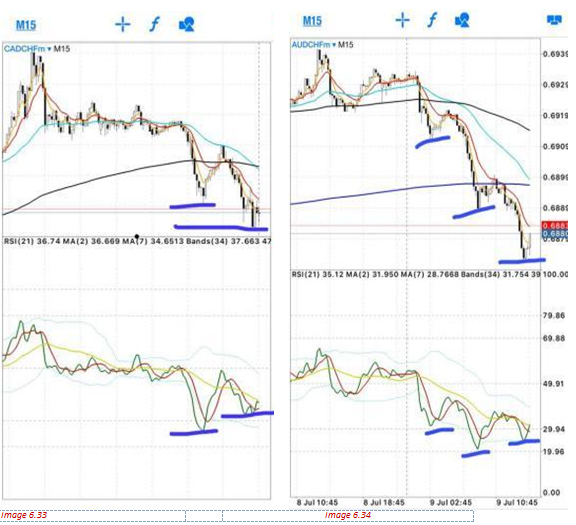 This is another way of taking your money. First leg is short but on TDI it is long. Second leg is long but on TDI it Is short. That is why we say enter on second leg. 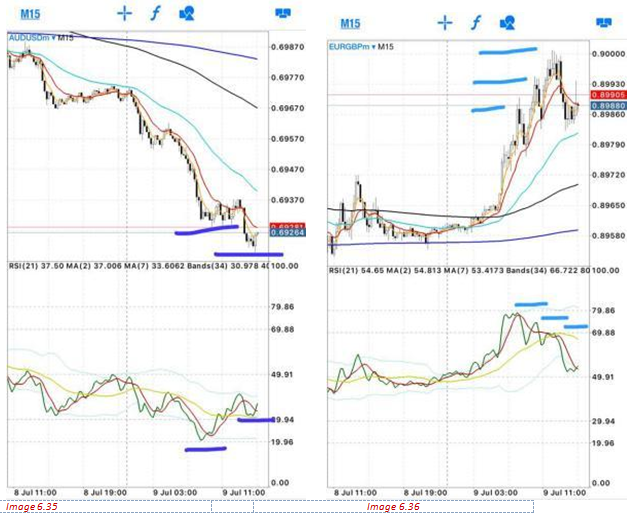 Second leg bouncing on MBL, but its longer than first leg yet shorter on TDI. You have candle uptrend, but your TDI is downtrend. Sniper entry is always second leg. That is why we will be saying “wait they will push down one more time”. It is because the first leg should be longer so that the second leg will be shorter yet longer on candles.

EMAs assist us on Entries but they work in a special way. EMAs work on their own independently or combined with TDI

We have entries such as these: 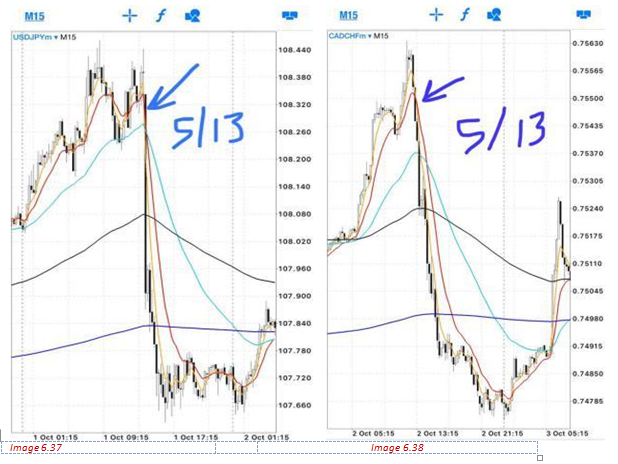 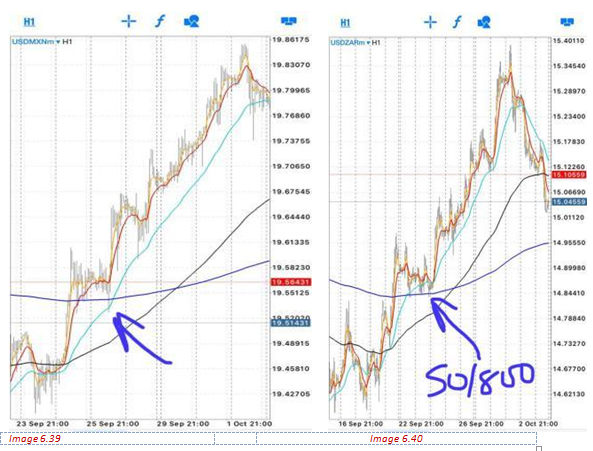 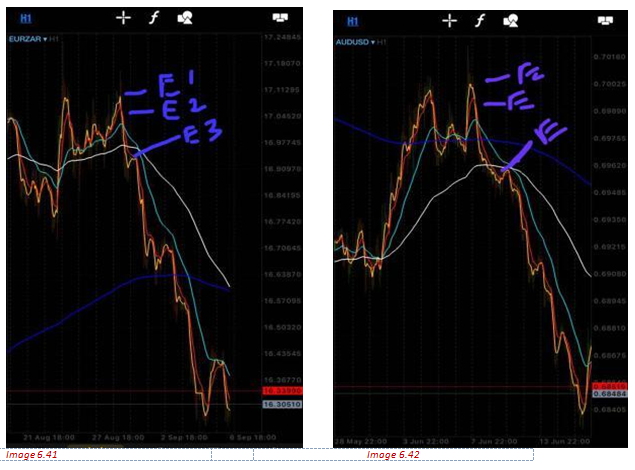 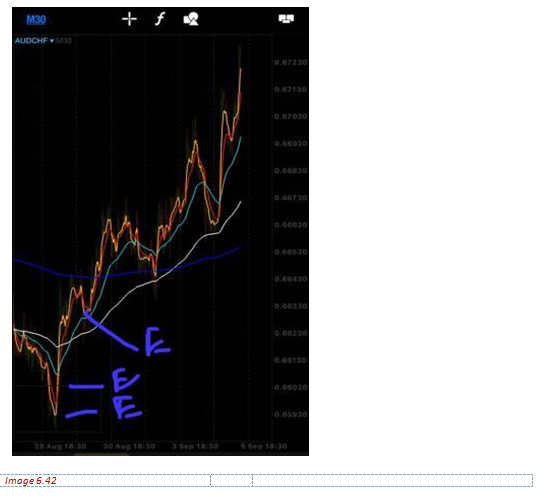 We have already discussed ID50 and Safety Trade in greater detail.

This is so simple and happens when you expect reversals of a pair. A bounce on EMA and a bounce on boundary at the same time means a reversal. Mostly we focus on 200ema and 800ema and 50ema

We have the following confirmation candles:

Our entry is on confirmation candle appearing on second leg 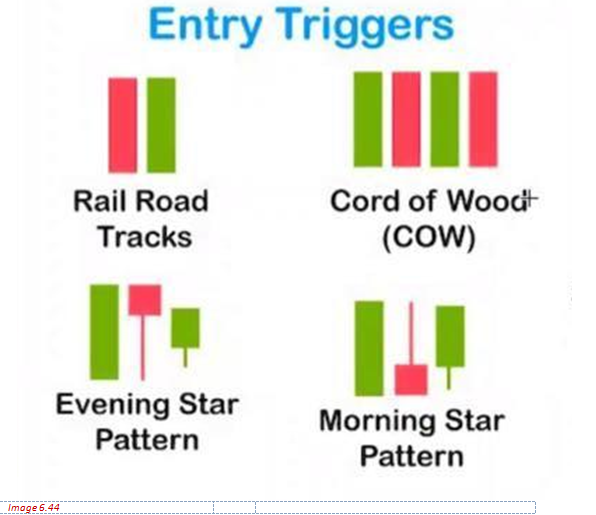 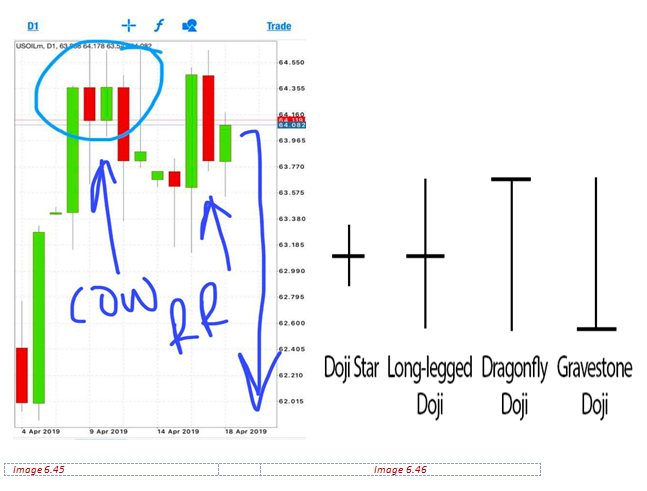 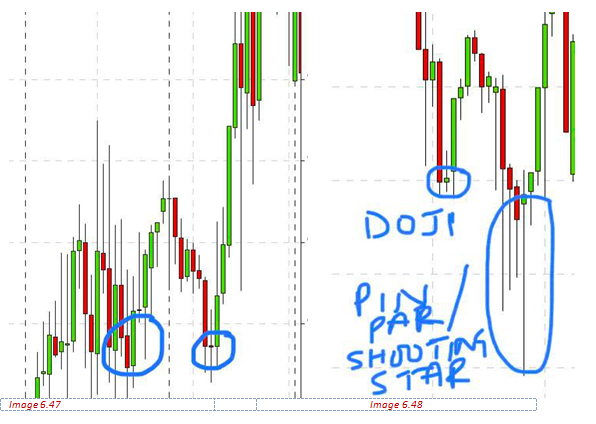 Now this is where you enter them: 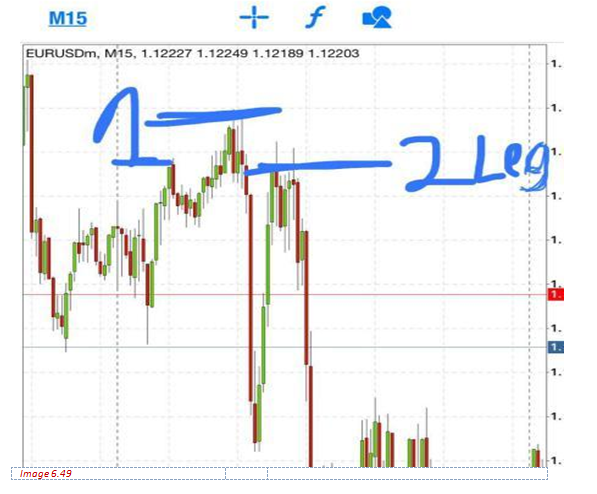 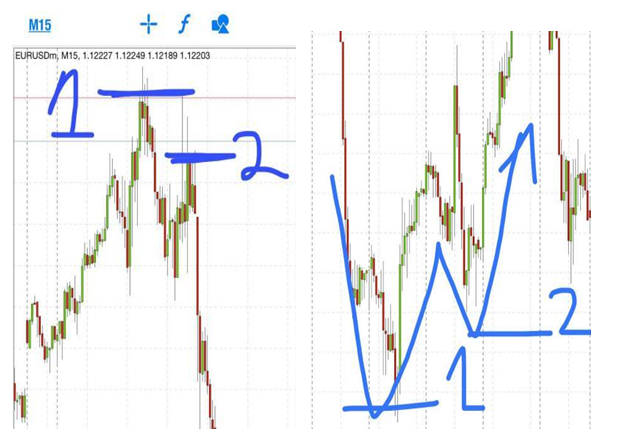 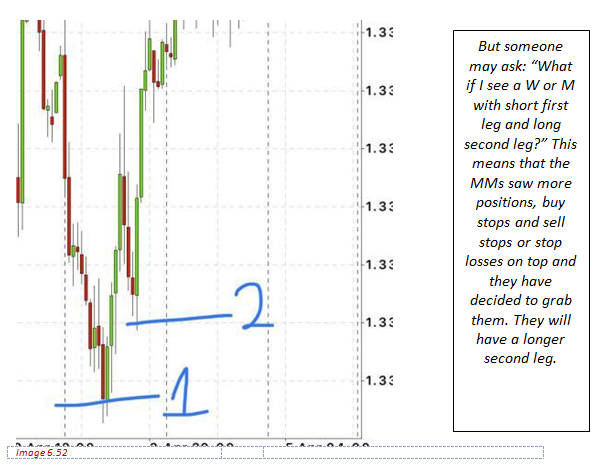 You enter when the second leg comes to at least the same level or beyond the first leg. This is what will give you assurance that they are done collecting orders. 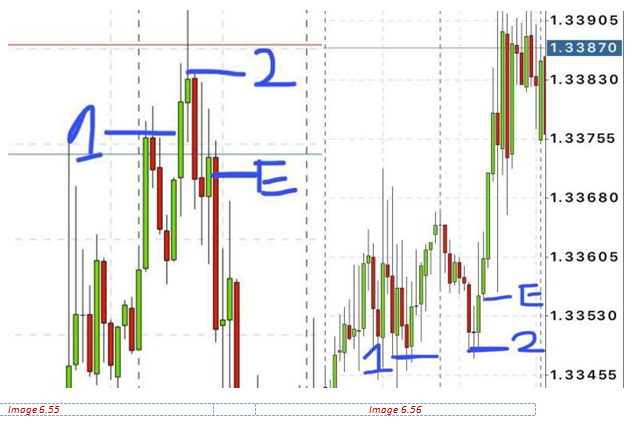 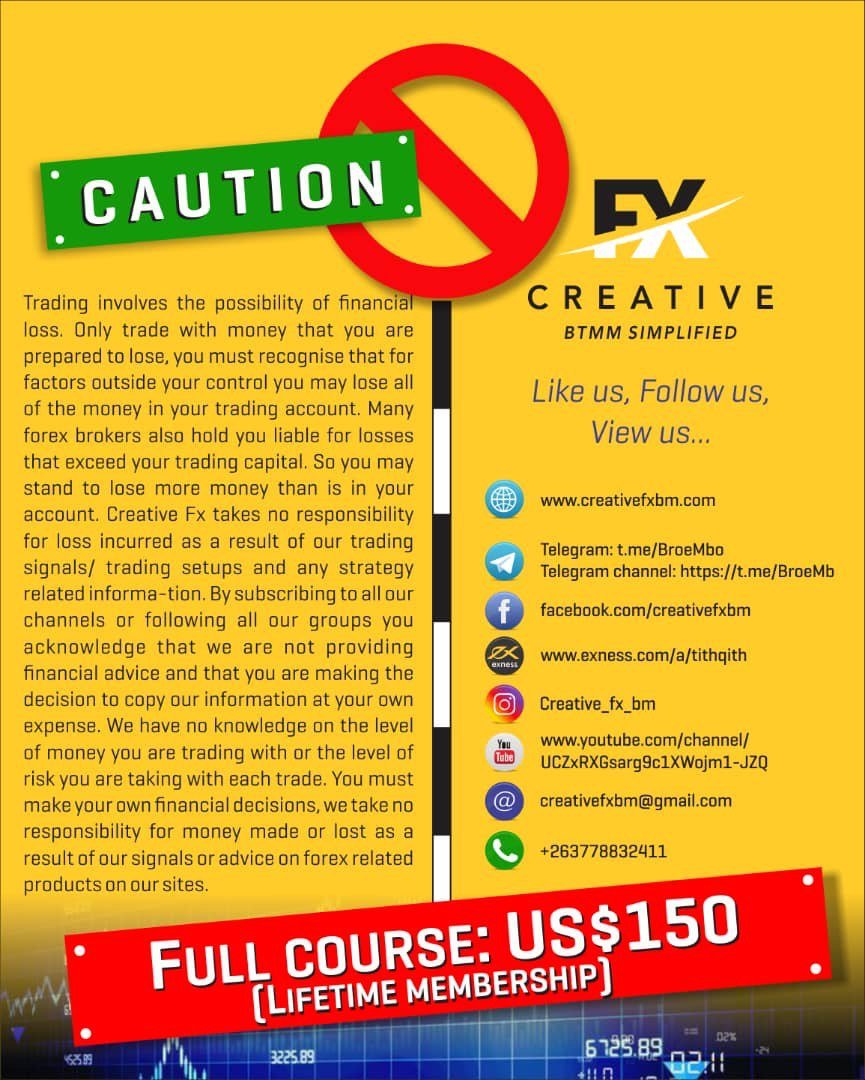